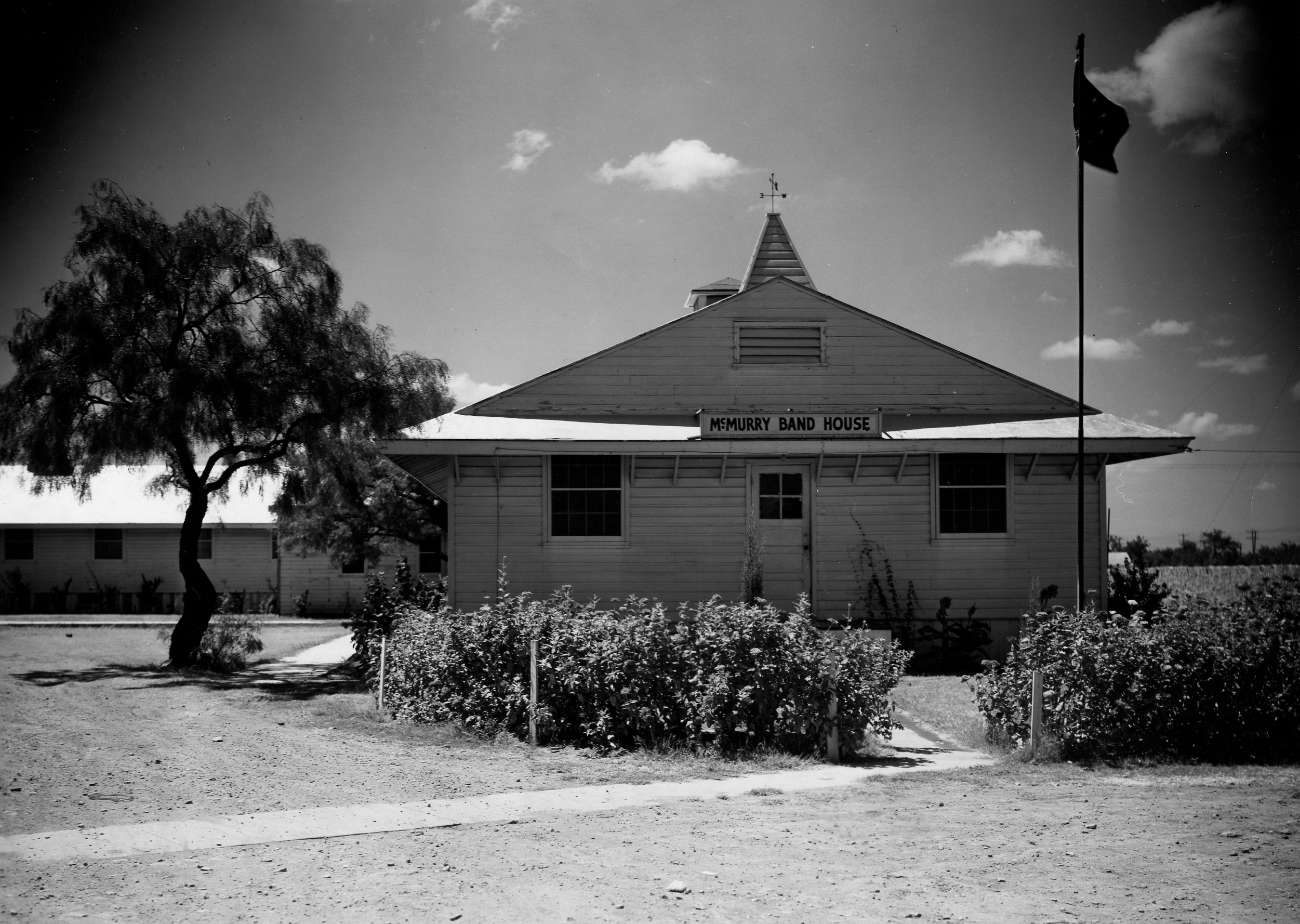 McMurry’s band disbanded during WWII; however, with renewed interest in the arts after the war, one of several Camp Barkeley buildings was converted into the McMurry Band Hall. A proposal was presented by friends of McMurry in July 1958 to construct a $100,000 band hall. Raymond T. Bynum, McMurry band director since 1946, advised the architectural firm in the preparation of the blueprints. The structure was completed in 1959, and later renamed “Bynum Band Hall” to honor “Prof” Bynum. McMurry’s band found a new incarnation under “Prof” Bynum, the legendary band director of Abilene High School, who was credited with creating and directing the first high school marching band in the state. The McMurry Band flourished under his leadership, and he remains one of the most influential and beloved figures in McMurry’s history. 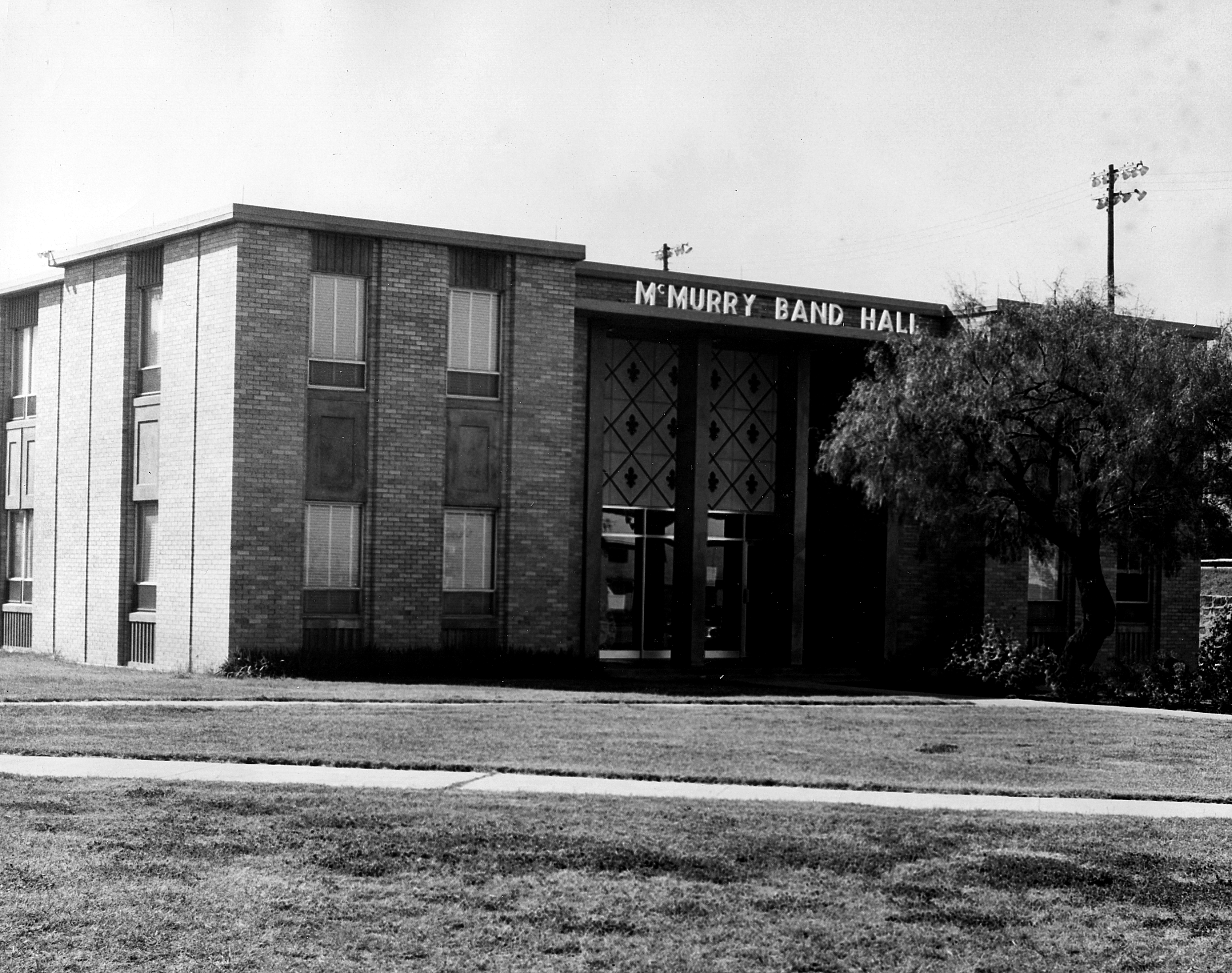 Bynum Band Hall
« Back Next »