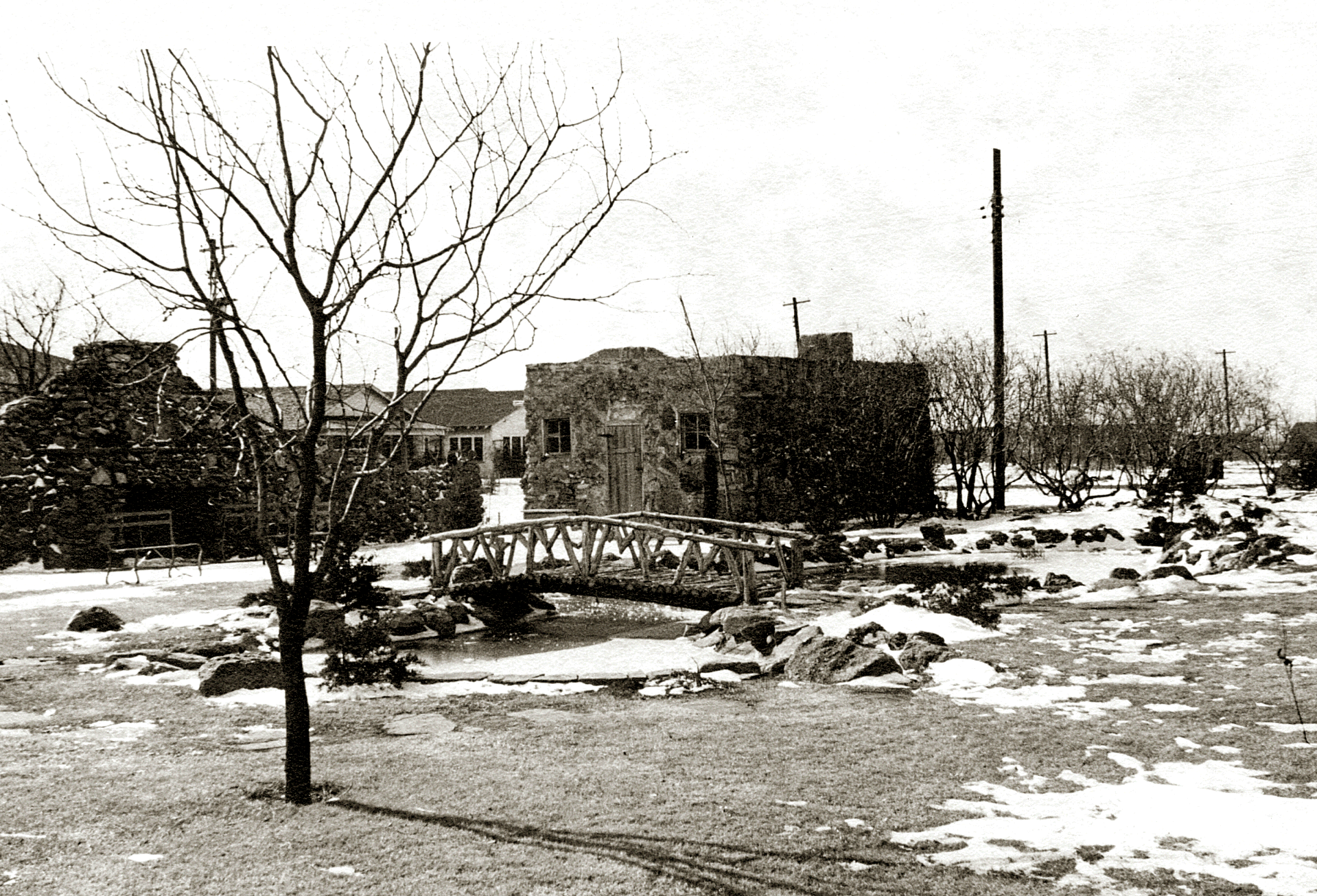 In 1934, McMurry president Rev. C. Q. Smith felt the campus appeared desolate and unattractive, so he raised funds from an unknown source to build a rock garden behind the administration building, now known as Old Main.  The rock garden, made from native stone consisted of a large rock fireplace, a rock wishing well, and a small fish pond set in the middle of a grove of small trees and bushes.  Located next to it was the small rock museum, originally built by Dr. William Curry Holden and his history students in the 1920s. It greatly enhanced the beauty of the campus, and the 1935 commencement ceremonies were held there.  It remained a special place on campus into the 1960s, and a number of students chose to have their weddings in this picturesque setting on the bridge over the fish pond. 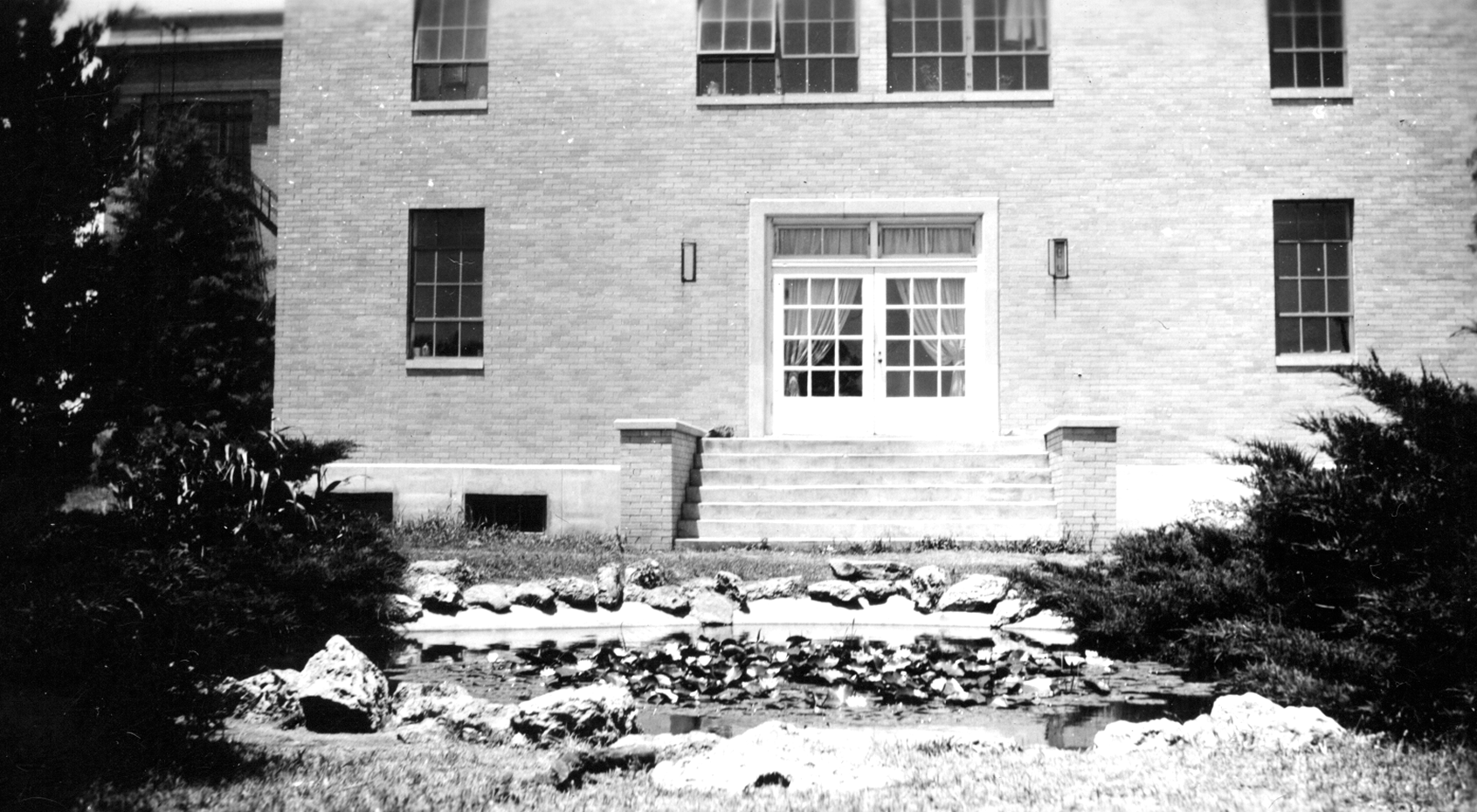 Museum and Rock Garden
« Back Next »