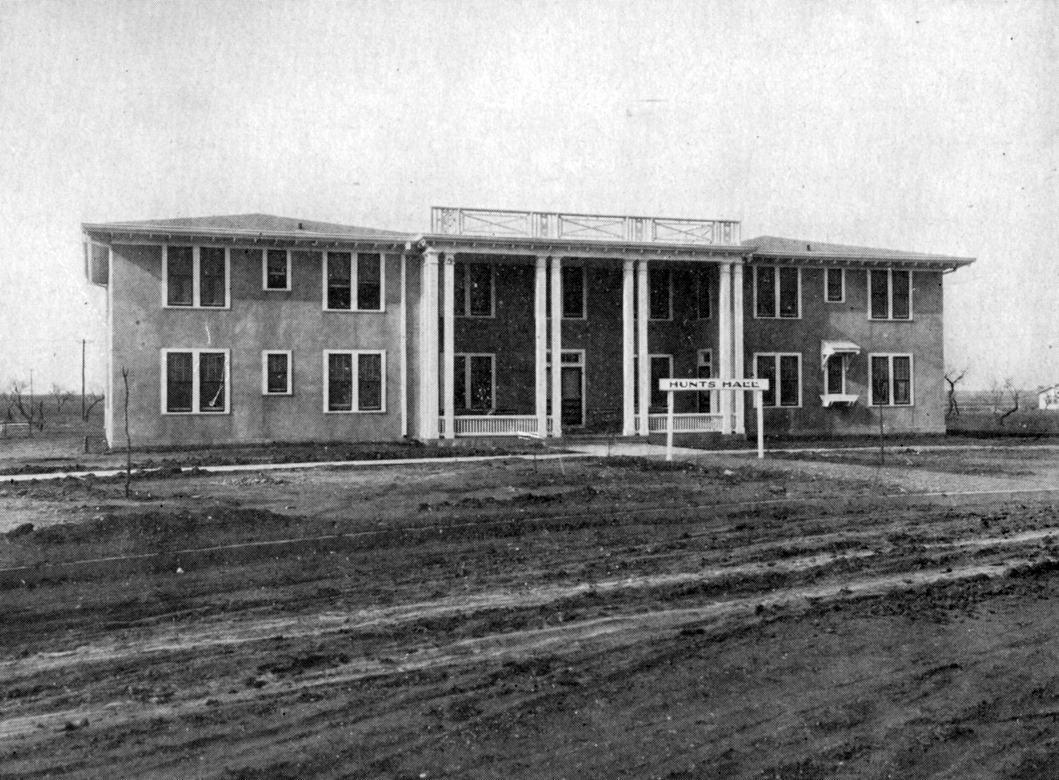 Two buildings were built in 1922 and 1923 in anticipation of the opening of McMurry College.  One was the administration building, now known as Old Main, and the other building, located to the west of the administration, was the girls’ dormitory, Hunt Hall.  The two, story stucco building accommodated forty-five students.  On the first floor was located the dining room for both boys and girls. The college seemingly struggled in the early years in maintaining proper decorum among the student population, noting that one summer, there was an “outbreak of smoking” among coeds in Hunt Hall.  After President Dormitory was built as a girls dormitory, Hunt Hall housed male students, specifically athletes. Hunt Hall was demolished in 1959 for the construction of a new band hall. 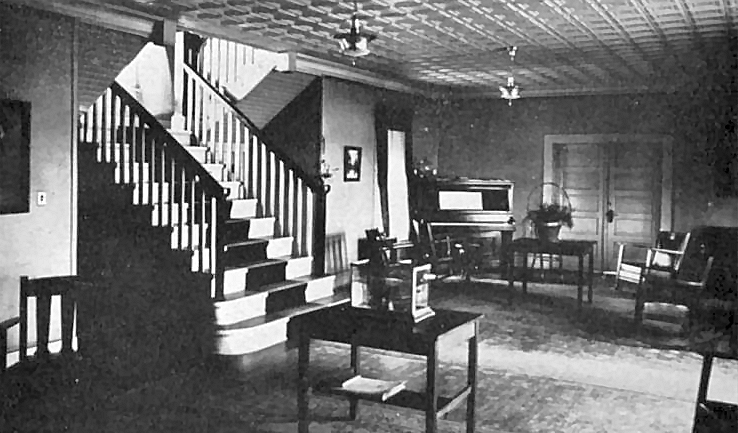