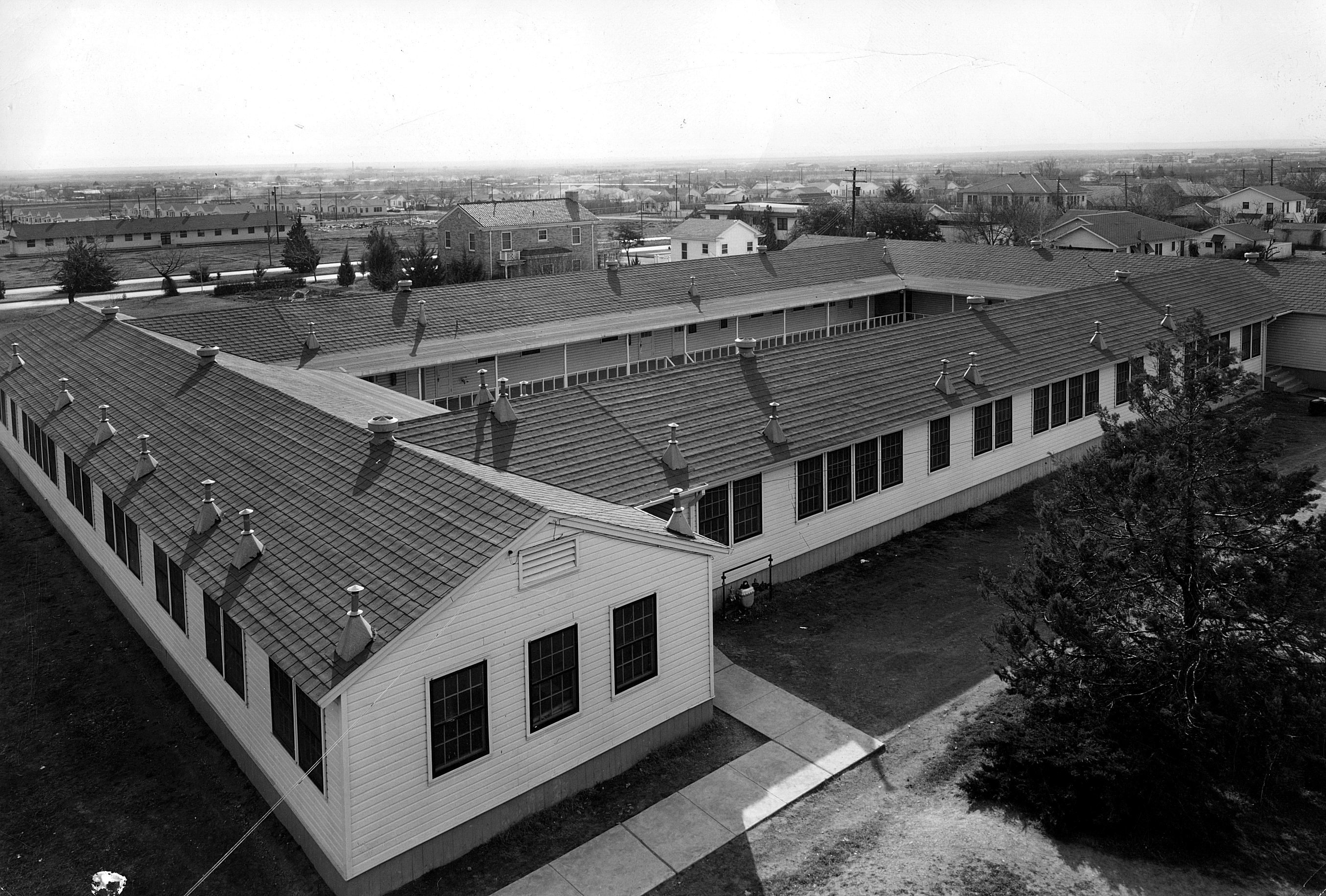 Registration for the spring semester of 1946 resulted in an influx of 87 new veterans, thus increasing McMurry’s enrollment by 50%, and the figures continued to rise for the remainder of the decade. The rapid growth caused shortages in campus housing and classroom space. The science departments had been located on the third floor of the administration building, but had to be moved out to more spacious (though more primitive) quarters in 1947. A structure in the form of a hollow square was set up from old Camp Barkeley building to the southeast of the administration building. It was possible to see the ground beneath the building through the cracks in the floor. It was dubbed “The Quadrangle” and despite its less than ideal condition, it served as McMurry’s science facility until the Finch-Gray Building was erected in the 1960s.