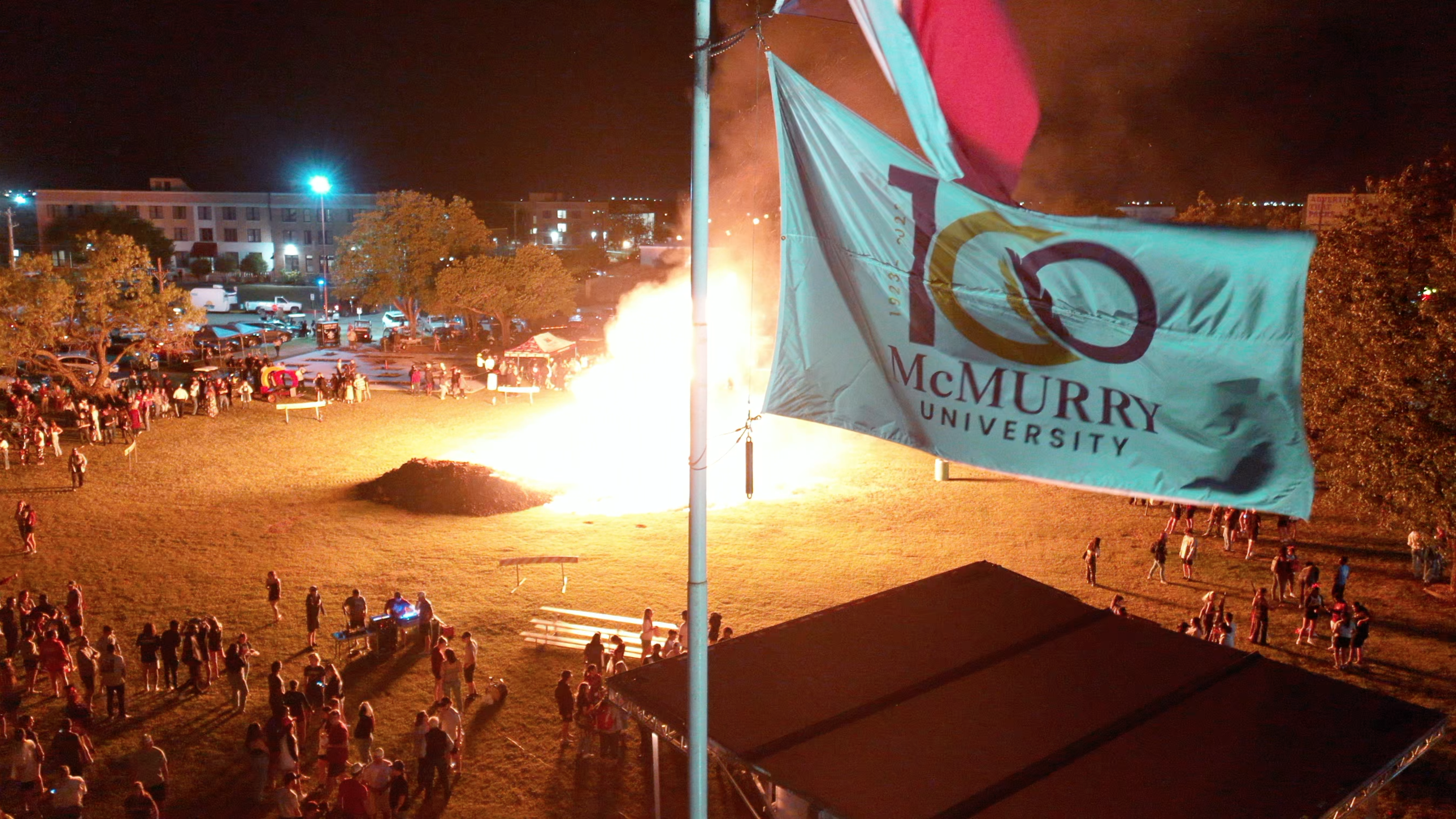 McMurry University Homecoming 2022 was one for the history books!

The excitement in the air was palpable leading up to this year’s McMurry University homecoming weekend. Maybe all the buzz was because the University is on the eve of commemorating its 100th anniversary, a significant milestone that has current and former students ready to celebrate. No matter the reason, one thing is for certain, this year’s 2022 homecoming celebration was one for the history books.

Considered by McMurry President Dr. Sandra Harper to be a “monumental success” over the homecoming weekend, McMurry welcomed over 400 alumni and friends back into the fold. Impressive numbers as McMurry also recorded its largest total student enrollment since 2012 for the fall 2022 semester. The fall enrollment of 1,245 students, along with staff, faculty, and alumni, made for an exciting and jam-packed homecoming lineup that perfectly aligned with McMurry University’s goal of “personal relationships as the catalyst for life.”

An event as big as homecoming doesn’t come together overnight. Preparations for homecoming weekend began early. For some departments and student groups, work began weeks, even months in advance. The McMurry theater department had been rehearsing Disney’s Beauty and the Beast since August, putting the final touches on their magical performance just before the kickoff of homecoming weekend. Students, alumni, faculty, and children of all ages were dazzled by the department’s retelling of this tale as old as time. It’s awe-inspiring the hard work and dedication that went into transforming the stage into the magical centerpiece that showcased the talent and drive of McMurry theatre students.

Not to be outdone, McMurry University’s music department rehearsed and prepared for the numerous musical numbers that would ultimately help whip alumni and students into a frenzy at Friday’s Music Showcase. The performance was an opportunity for McMurry band and Chanters musicians to display their talent, while Saturday’s homecoming football game gave band members the opportunity to rile up the home crowd.

Students and faculty in the art department also got their hands dirty in preparation for the “Art Through the Decades Exhibit.” Visitors journeyed through the decades, witnessing art transform and express different points of view from different windows in time. The exhibit was timely, considering McMurry is on the precipice of looking back on its 100 years of existence.

Although homecoming events and exhibits opened Friday morning, the official McMurry University’s Homecoming & Reunion Weekend officially kicked off with the opening ceremony before the Celebrating Together Festival Friday evening. Alumni, students, faculty, family, and friends gathered at Wah Wahtaysee Park for a “street-style” festival that included everything from games and food to art and crafts and hands-on learning activities. Guests of all ages were welcome to enjoy the festivities and get to know one another just a little bit better.

As the sky darkened, the festival culminated in the coronation of McMurry’s homecoming royalty. Following the crowning, it was time to light the bonfire, and the pep rally got underway. Flames quickly ignited, rising high into the Abilene night sky. The glow from the fire illuminated the faces of students past and present as live music from country artist Gillian Smith filled the air. Into the evening, family and friends gathered near the fire, chatting and enjoying the atmosphere.

Staying out at the bonfire and pep rally the night before did not stop alumni and students from getting up early and coming out in full force for Saturday’s homecoming events. Social Club alumni enjoyed reuniting at the Social Club Reunion Breakfast, while our youngest guests experienced the ultimate interactive experience with their favorite Disney characters at Breakfast with Belle. At the same time across campus, there was the Run for Life- Kristin Mitchell Memorial Run/Walk. Participants celebrated the life of former McMurry Cross Country runner Kristin Mitchell while helping to raise money for New Horizons.

Just as the early morning events concluded, students and alumni began lining up for the Celebration Procession. Decked out in maroon and white, current and former students showed their McMurry spirit. The group weaved through campus, waving to those who gathered to cheer.

By early afternoon crowds had already begun to gather on campus for the Alumni Tailgate & Club Songs ahead of the football game. By the time 1:00 p.m. rolled around, everyone was fired up for the McMurry War Hawks to take the field against the Texas Lutheran University Bulldogs. Fall sporting events are always a crowd-pleaser during homecoming. From volleyball to football, homecoming is a chance for student-athletes to show their range and talent. The night before, the McMurry volleyball team put up a spirited fight against Hardin-Simmons, losing 1 to 3. Saturday, it was the football team’s turn to display War Hawk pride.

As the uniformed team hit the field, the crowd roared. Nearby, the band pumped up the volume and stoked the fervor of everyone in the stands. School spirit was on full display during the match, and even though the War Hawks fell 10 to 17, there was no denying the homecoming crowd had nothing but love for their football team.

McMurry students and alumni gathered by the Sacred Wind statue on the Quad after the game to honor the memory of McMurry alumni, friends, former students, faculty and staff who had passed away since our last homecoming at the Final Ala Cumba ceremony.

As student-focused events ended, over 150 alumni made their way to the Abilene Country Club to celebrate milestone reunions and enjoy dancing and drinks into the night at the Alumni Party.

Before the dust settled after the weekend, it was already evident that McMurry’s 2022 Homecoming was a resounding success. Scheduled events gathered healthy crowds, and participation seemed to be at a record high. After the dust had settled and campus life began to get back to normal, estimates revealed that McMurry’s homecoming alumni turnout was around 60 percent higher than the year before.

Many student organizations and university departments spent countless hours preparing for the barrage of entertaining events during homecoming weekend. An event this big doesn’t go off without a hitch unless you have teams of dedicated individuals working behind the scenes. The Office of Alumni Engagement, Division of Institutional Advancement, McMurry Student Government, Campus Activities Board, Student Affairs, Marketing and Communications, maintenance crews, housekeeping, and Pioneer catering were instrumental in ensuring that McMurry’s 2022 Homecoming, A Centennial Celebration, was a success.

As McMurry University sets its sights on its 100-year anniversary next year, there is a sense of optimism about the future. There is no denying that things have changed over the years. Yet, as students past and present continue to unite under the McMurry banner, it is apparent that our personal relationships and connections to one another continue to help up to grow, learn, and excel. For McMurry University, homecoming has become the embodiment of our commitment to each other. It also crystalizes our connection to the past, present, and future.