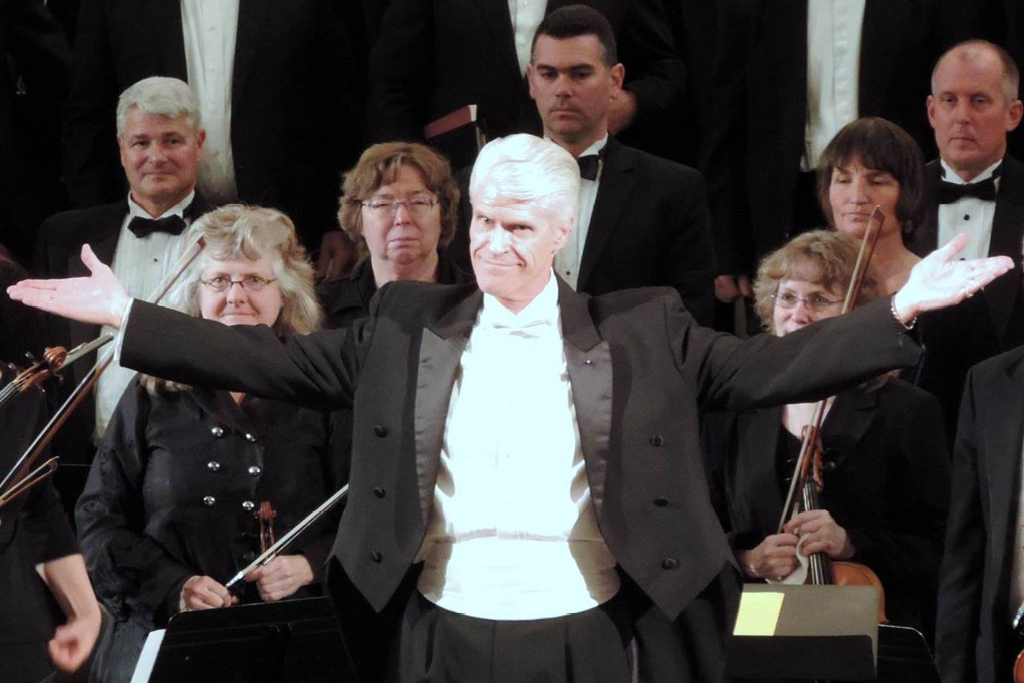 Steve Harter ’78 graduated from McMurry with a Bachelor of Music Education. He initially planned to teach in public school, but his path took a turn into church music. Until retiring in 2021, he enjoyed a fruitful career in music ministry, directing choirs that toured Europe and across the U.S. singing in venues including Westminster Abby (London), Carnegie Hall (NYC), and Texas Capital Rotunda (Austin).

How did you get started in a career in your current sector / industry?
I graduated with my Bachelor of Music Education from McM in 1978. I then went on to grad school at Scarritt Graduate School in Nashville, TN, where I received a Master of Church Music degree in 1980.

Briefly walk us through your career journey to this point.
After graduating from Scarritt Graduate School in 1980, I took a position as Director of Music Ministries at Central United Protestant Church in Richland, WA. At that time it was the largest UM Church in the Pacific Northwest. While there I became a Certified Director of Music (1980), Consecrated as a Diaconal Minister (1992) and Ordained Permanent Deacon (1997—the first class of Ordained Permanent Deacons in the UM Church). I left Washington in 1997 to become the Minister of Music and Arts at FUMC in Colorado Springs, CO where I remained until I retired in 2021. My choirs have toured Europe and across the US singing in venues such as Westminster Abby (London), Carnegie Hall (NYC), Texas Capital Rotunda (Austin), San Fernando Cathedral (San Antonio), Cathedral of St. Francis of Assisi (Santa Fe) and St. Patrick’s Cathedral (NYC). My adult choir at FUMC was also selected to be the Featured Choir at the International Church Music Festival in Bern, Switzerland in 1999. Additionally, my youth choir sang and was recorded for PSA at the Oklahoma City Memorial (site of former Murrow Building), Oklahoma City, OK.

What do you most enjoy about your sector / industry / job?
I thoroughly enjoyed music ministry and the impact music has on the lives of people all ages. Working with junior high/high school students and taking them on tour around the US was a definite highlight.

How is your current career the same, or different, than what you thought it would be when you began college?
When I began college, I had planned on a public school teaching career. I do have a Texas State Teaching License I have never used. Obviously, I chose to go into church music as a career.

What words of advice do you have for McMurry students or fellow alumni interested in a career in your sector or industry?
Be prepared for anything!