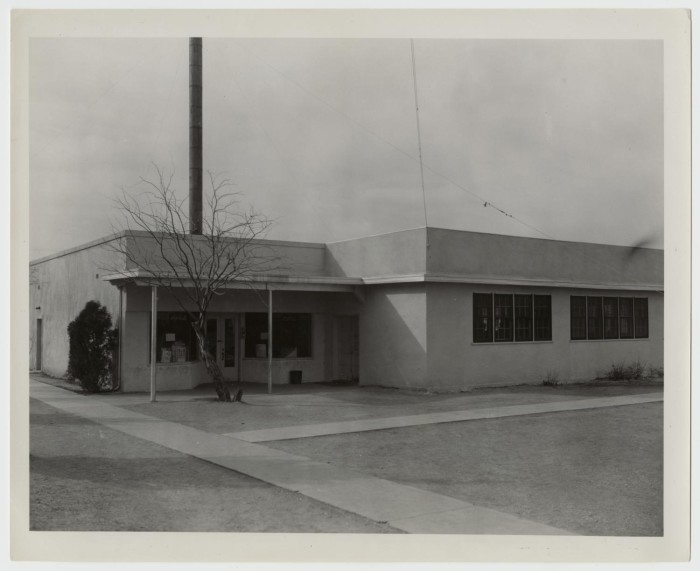 After its official opening in 1923, McMurry launched fund drives to build a gymnasium, a second dormitory, and bookstore.  Fundraising was difficult, and apparently McMurry only received slightly more than one-third of the amount pledged originally by city and church authorities.  Consequently, construction on a gym and second dormitory was delayed until 1926-27, and finally, a new bookstore was completed in 1930 and was located southwest of the administration building, now known as Old Main, where it remained for almost 30 years.  The bookstore and post office moved into the basement of Radford in the summer of 1958, and since Radford Student Life Center was built to be the hub of student activities on campus, the move certainly made sense.  The old bookstore building was finally demolished in the mid-1960s to make way for the construction of the Finch-Gray Science Building.