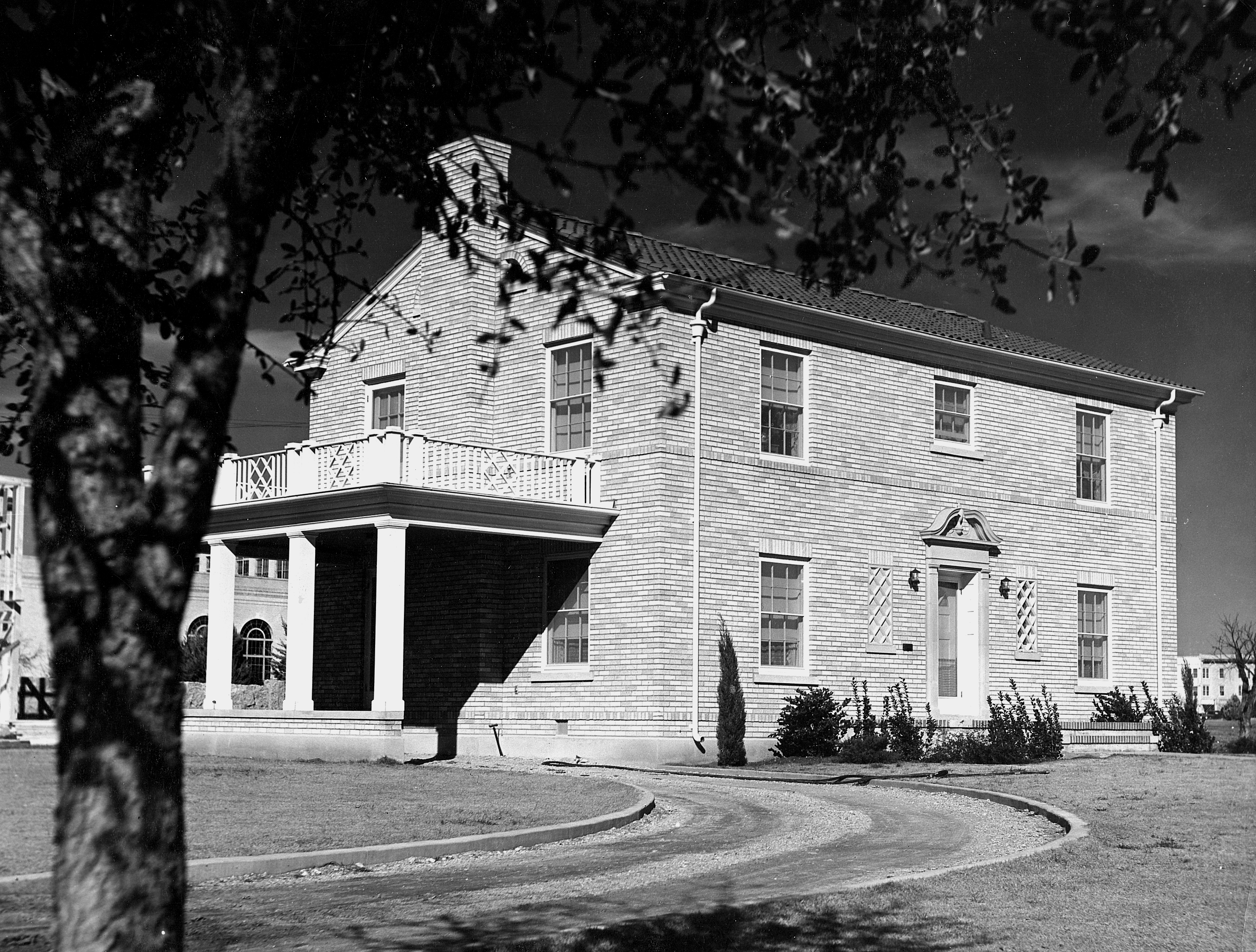 McMurry College President Frank L. Turner began a campaign in 1938 to build a formal home for the president on campus. The board authorized construction of the presidential home not to exceed a total cost of $10,000. The construction of the home was somewhat controversial with members of the faculty since the country was in the throes of the Great Depression, and they were still receiving less than their contracted amount and the total salaries of the college were less than ten years earlier. Nevertheless, the two-story home on Sayles Boulevard was finished in 1939. It was the home that served McMurry presidents or other high administrative officials until it was demolished in the 1960s to make way for the Ryan Fine Arts Center.